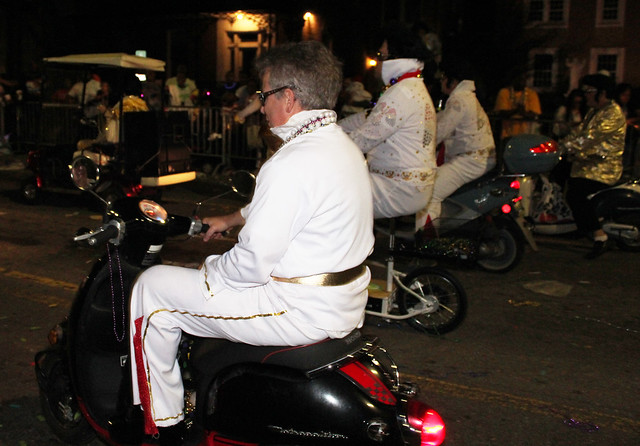 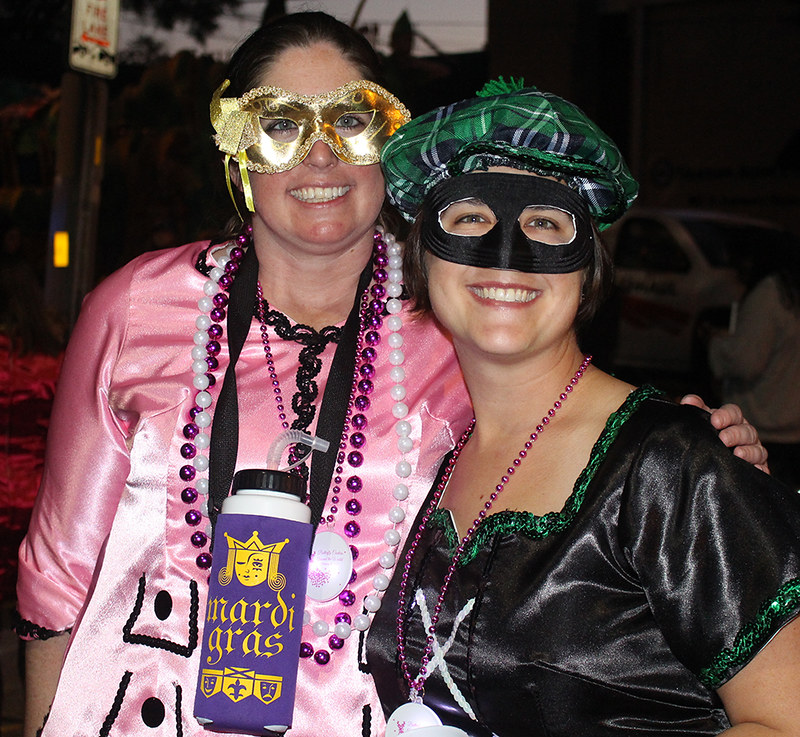 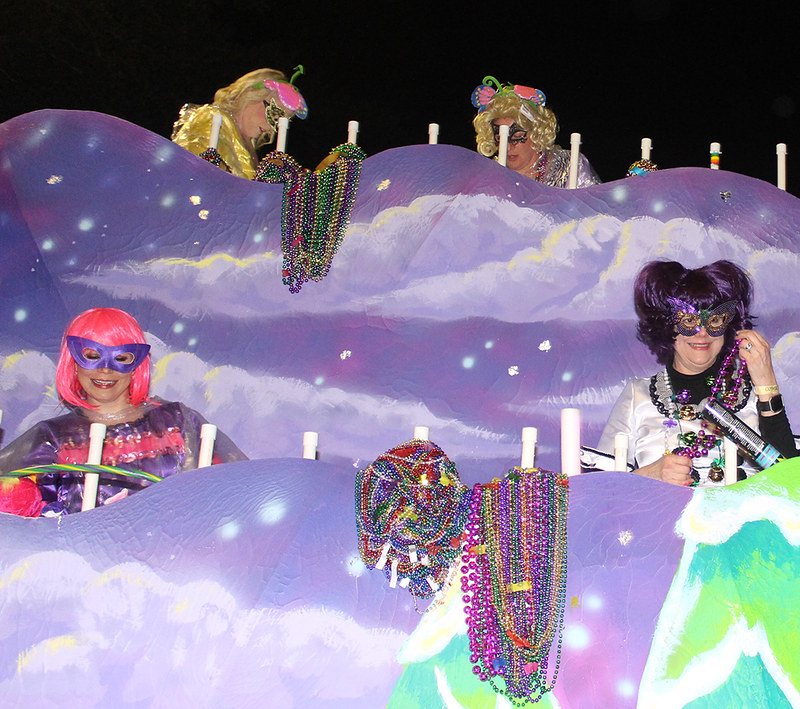 The Order of Butterfly Maidens was formed in 2000 by a small group of ladies who had been members of other parading groups.

The idea was to form a parading organization that would stay fairly small, so all of the members would truly get to know one another. Some groups are so large that some members don't even recognize each other.

The OOBM paraded for the first time in 2003, and the organization celebrated its 10th anniversary during its parade of 2011.

The group currently holds its ball at the Fort Whiting Armory, and the emblem, Madame Butterfly, wears a ball gown and beautiful butterfly wings.

This year, OOBM paraded on the night of February 19.

The plan, which was executed for the third year, was to let MOM pass through the intersection of Claiborne and Church streets, which is roughly a third of the way through Route G, and start the Butterfly Maidens as soon as the fire truck at the end of the MOM parade passed that intersection.

The OOBM theme was Butterflies Dancing in the Moonlight. They had their beautiful emblem float by The Royal Artists and five floats rented from the Conde Cavaliers. Grand Marshals were Frances Brown and Amelia Rivers. Costumes were by Bienville Costumes.

To see the Mask's exclusive photo album of the 2022 Order of Butterfly Maidens parade, place your cursor on the image below and click on the arrows.

Due to technical problems, we're not able to present a video of this parade. 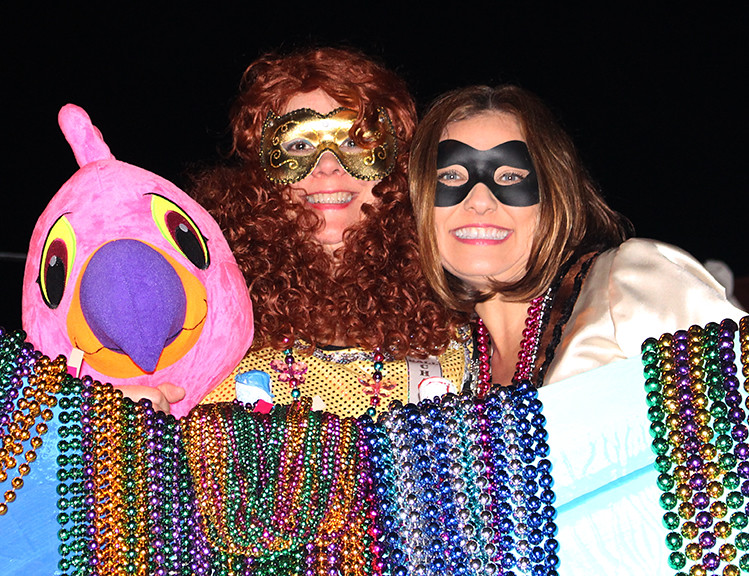 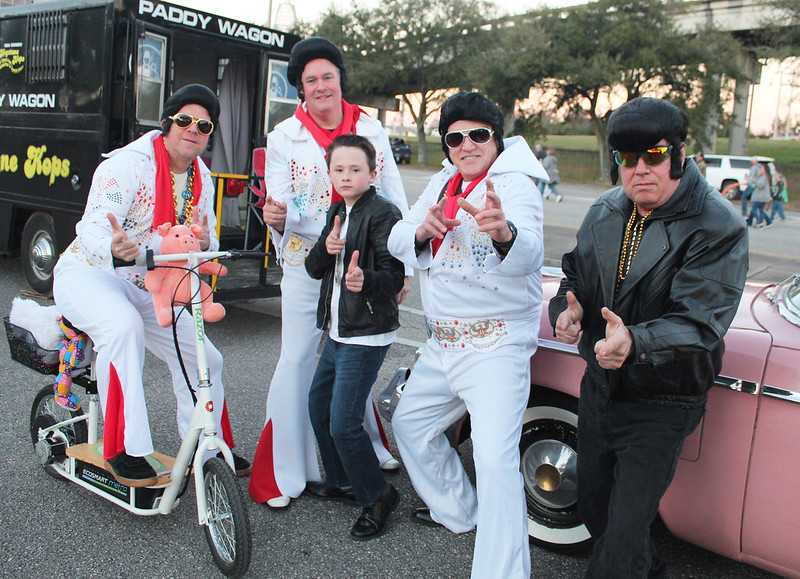 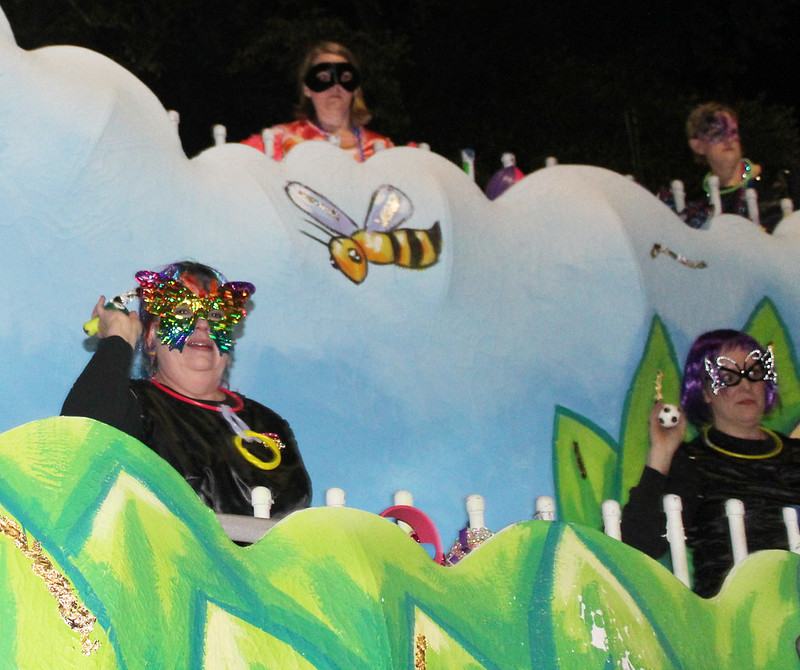 To see the Mask's exclusive album of photos from the 2020 Order of Butterfly Maidens parade, place your cursor on the image below and click on the arrows.