This guy. From the Joe Cain Marching Society. OK, technically, he's not wearing a mask, but he is a masker in spirit. He is clearly with AFC Mobile, the soccer team, and he showed us a scary amount of love on the parade route. We love you, too, dude. 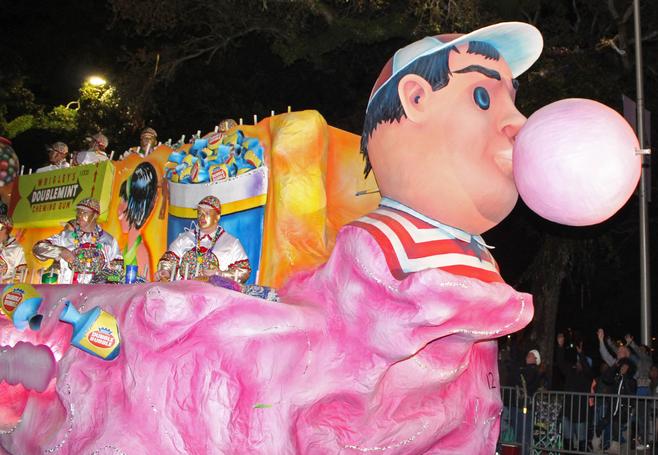 We really liked this year's Crewe of Columbus theme: 2020 ... Crewe of Columbus is Seeing Double. They treated the theme like a category on the $100,000 Pyramid. Imagine you picked this category, and Michael Strahan says, "Name these phrases that include the word 'double.'" Ahhh. Like "double play" or "pour me a double" or "Double Bubble" (shown below).

TIE: Between Magic City Disco from Birmingham (left), who appeared in the Maids of Mirth parade; and The Cotton Candies Marching Krewe from Huntsville (right), who danced their way through the Order of Athena parade on Fat Tuesday. Both groups made their debuts in Mobile Mardi Gras this year. We not only hope to see them again, we hope their presence sparks the creation of some similar local groups. 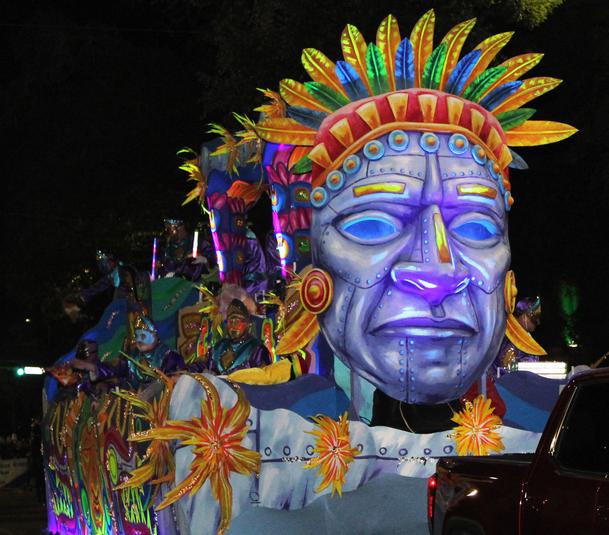 We've been at this so long now and seen so many parades, that it seemed only natural that we would want to point out some of our favorites. That's what these are - OUR favorites. They are not necessarily the best or even your favorites. This is beyond subjective, it's the view from our tiny little vantage point. If we didn't list your parade or float or whatever, it doesn't mean that it wasn't awesome. With all of that said, let's go:

It just so happens that this was from the Order of Inca parade as well. The title of the float is Future From the Past. We only know that it looked awesome. Wonderful use of light and that blacklight paint on a huge metal mask with a somewhat Incan feel to it. 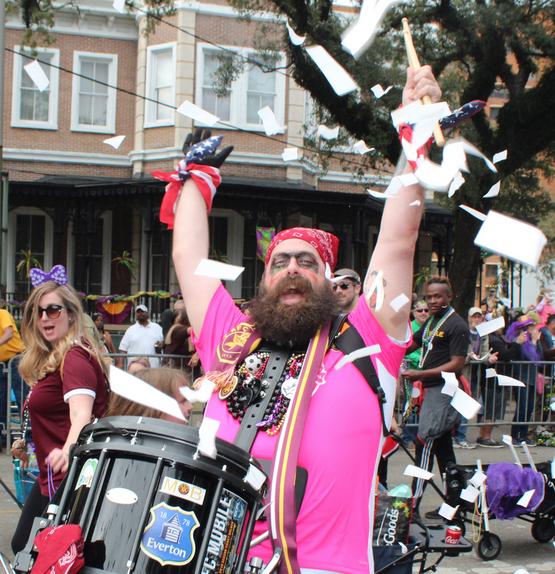 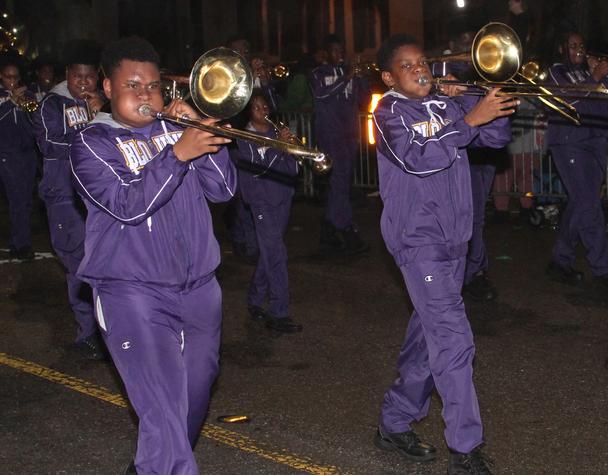 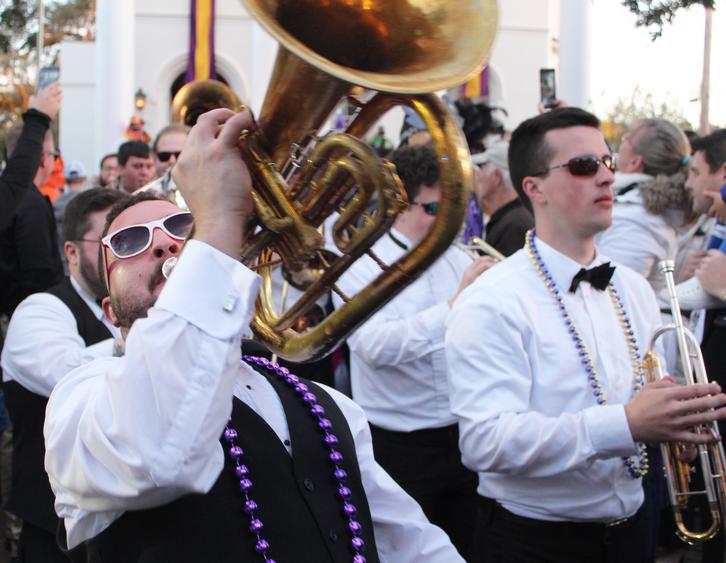 We love weird throws - the weirder and more random, the better, as far as we're concerned. This one may not have been intended as a throw per se. But the fact that we got a 13-plus-year-old staff ID from The Grand was SO random, we had fun inventing scenarios that led to this pass ending up in our hands.

Well. We. Hmmm. Uhh. Believe or not, we will keep these beads and treasure them. Because they make us giggle. 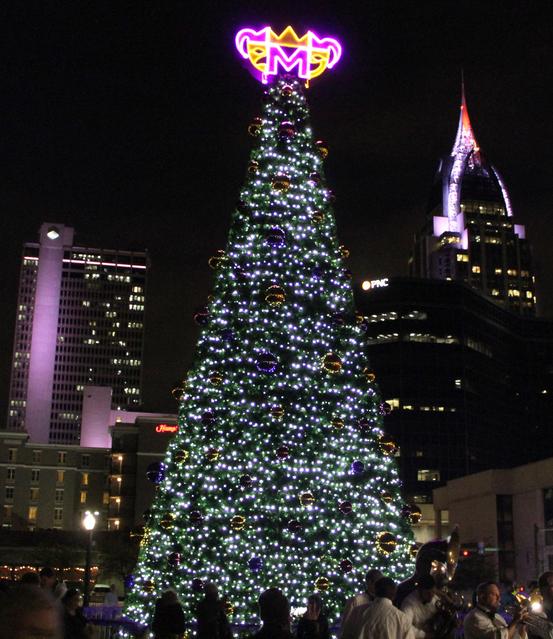 Blow House Band. No question. These young folks not only have fun doing their thing, they care about the community. Among other things, they donated their services at the very first lighting of the city's very first Mardi Gras tree.

Honestly, no words are necessary here. 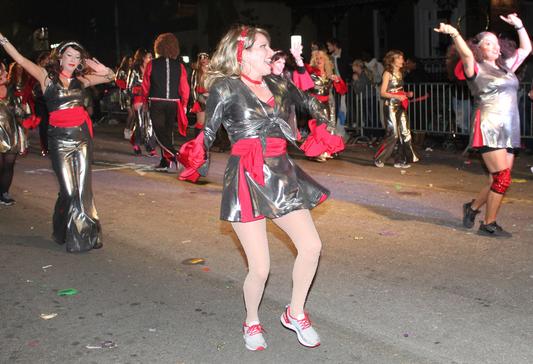 There were too many wonderful floats to leave it at just one. We wanted to point out these two as well. The first was from the Stripers parade, and we didn't catch the exact name, but it was something like Chariot Races. We loved the chariot up front with a live "driver" in it. The other was a beautiful catfish from the Knights of Revelry parade.

This year it's the Mattie T. Blount High School Leopards out of Eight Mile. Big sound! 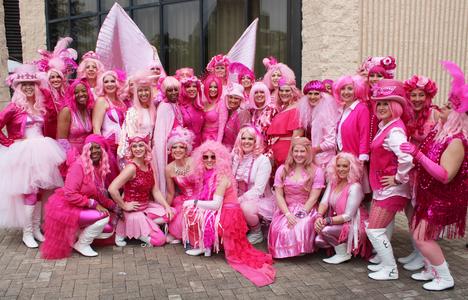 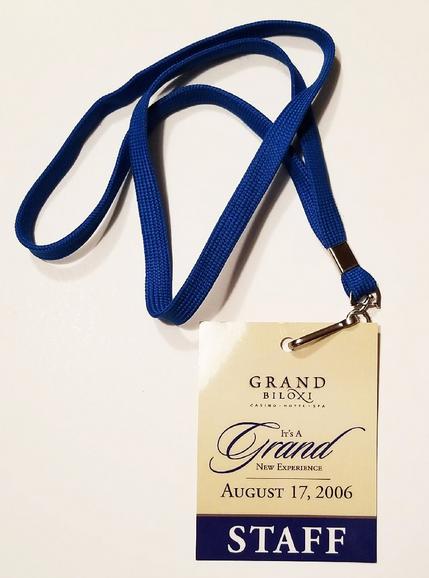 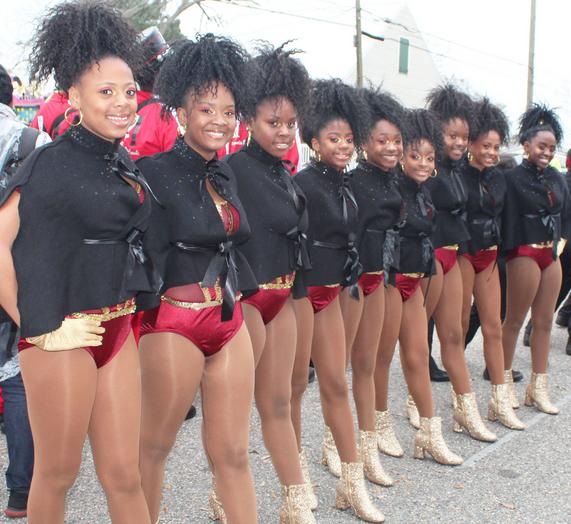 Hands-down, no-brainer: The city's new official Mardi Gras tree. We were proud to have a hand in making this happen, and we believe it will be part of the city's Mardi Gras tradition for many years to come. 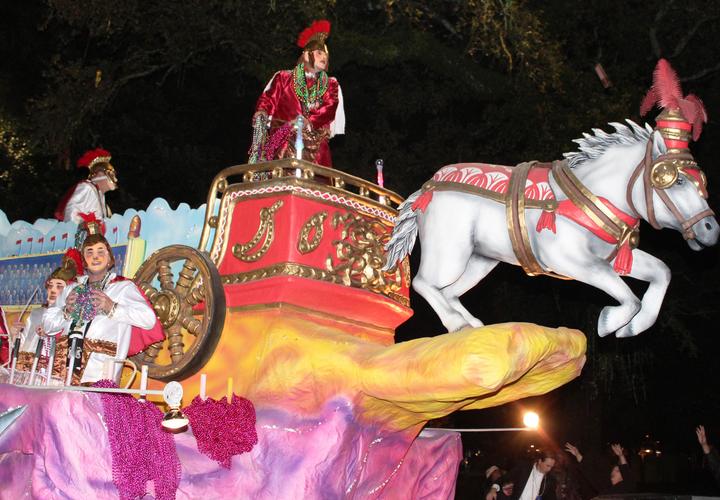 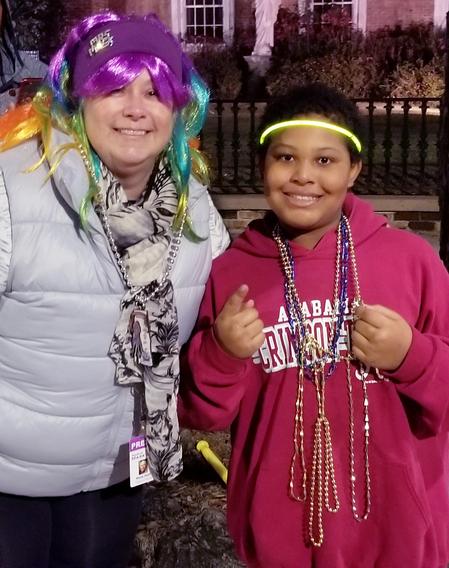 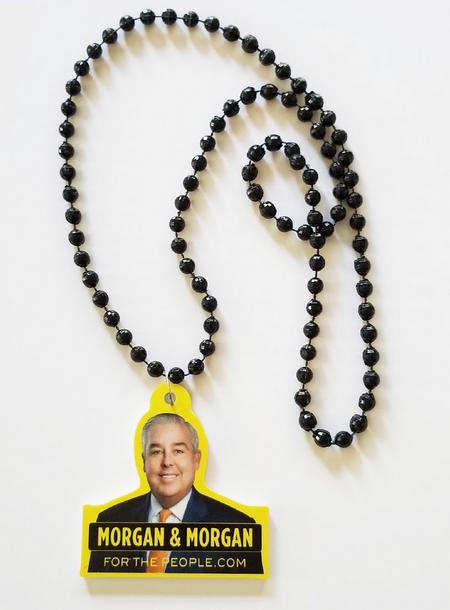 This year, it was Order of Inca. You know, it wasn't that many years ago that Inca was struggling, float-wise. They hired a New Orleans float builder that no one here had used, and it was, well, challenging. Mrs. Mask and I still refer to an Inca float from that period as "The Big Pickle." That was not flattering. Anyway, the Incans signed a contract with The Royal Artists in 2017, and the change has been remarkable. This year, Royal Artists did things with light and blacklight paint, creating effects that we've never seen in a Mobile parade. Here's our video of the whole parade:

This is Alex. Mrs. Mask met him at the Conde Cavaliers parade. She asked him if she could take a look at the new Condes medallion bead he had around his neck. Alex just looked at her and said, “Do you want it? You can have it.” Mrs. Mask was a little dumbfounded and said, “Really? Are you sure?” Oh, yeah, Alex nodded. Not a problem at all. Alex refilled our tanks with love and generosity.

This is another no-brainer for us - The ADeeVa Tigerettes. These young ladies are disciplined, impeccably dressed, and they are almost always doing something, not just walking by. The moms walk behind the girls, not beside, so you can see the girls. They wear different costumes for different parades. Nobody does it better. 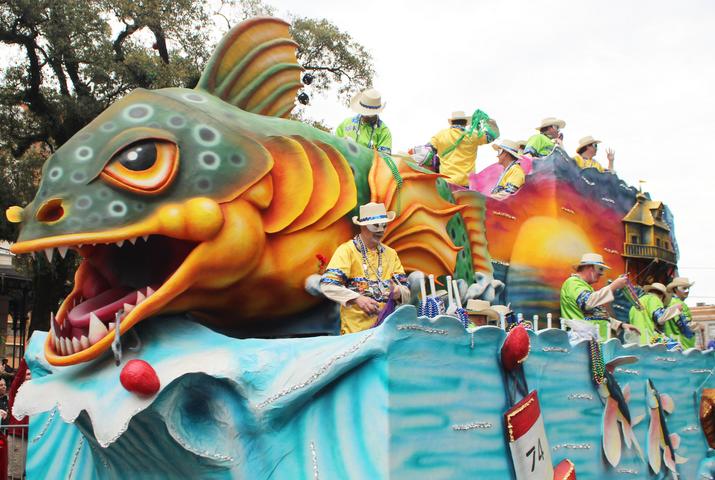