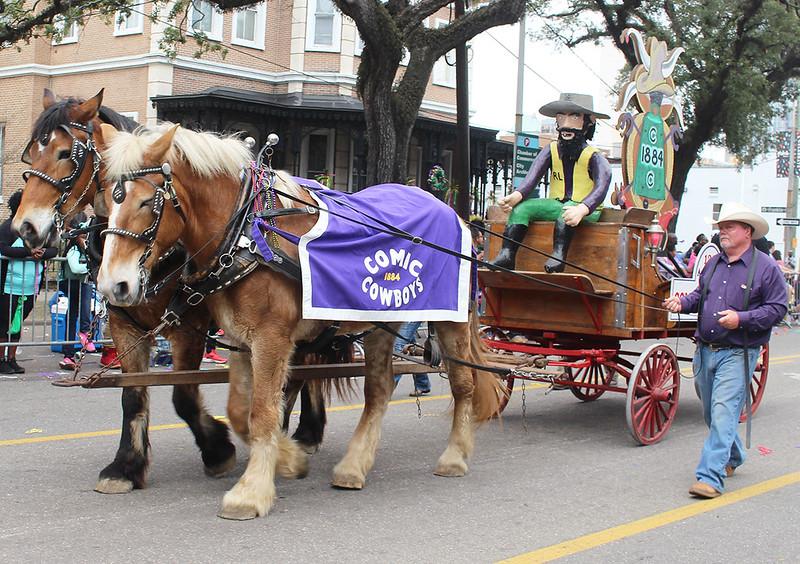 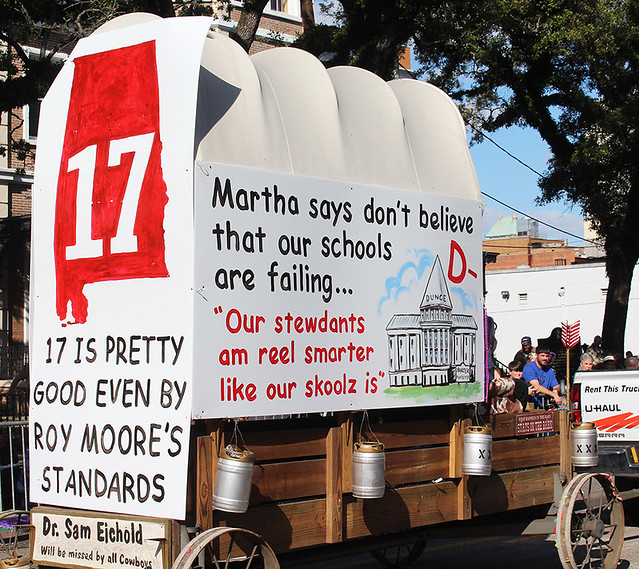 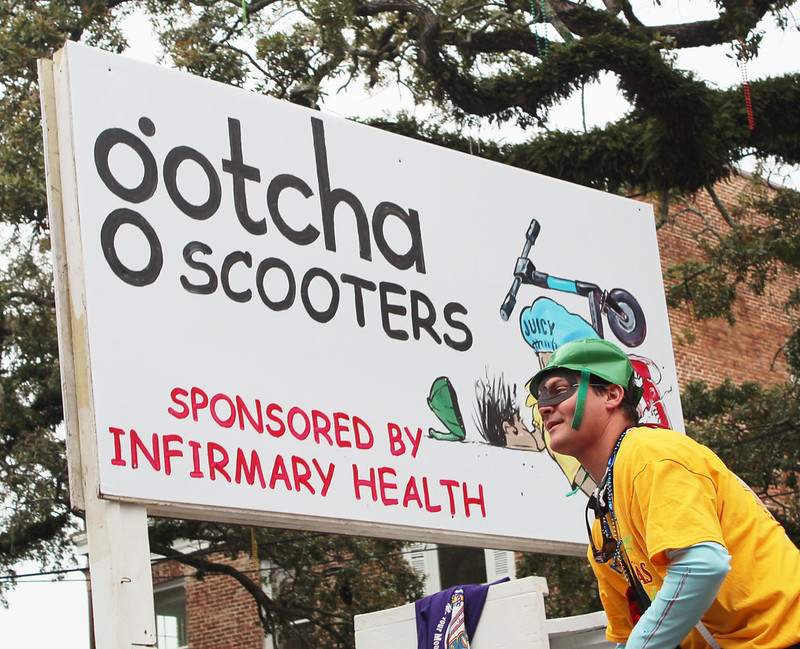 There's nothing fancy or pretty about them, but the Comic Cowboys are as much a Mobile Mardi Gras icon as Folly and Death or Cain's Merry Widows.

The Cowboys' parade is about as stripped-down as they get. First, the group's queen, Queen Little Eva, is always a guy in a dress. It's said that the group simply picks the burliest member it can find to be the queen that year.

Beyond the queen's float, there is a series of rather plain wagons or trailers (it's hard to call them floats), each with two plywood billboards, one at the front, one at the back. On each side of each billboard is painted a joke or humorous observation about some event in the news or sports or entertainment, local or national. It's all done, the group points out, according to the longstanding motto, "Without Malice."

All along the parade route, revelers stop, look up, read, then either laugh or groan.

The Comic Cowboys was founded in 1884 by Dave Levi, a Mobile store owner who had also been a stage actor and comedian. According to historian Julian "Judy" Rayford, Levi WAS the Comic Cowboys for many years. He'd pull up with his humorous, witty floats on Fat Tuesday and simply pick young men from the crowd to ride aboard.

This year, of course, the Cowboys rolled on Mardi Gras Day, March 1, after the Knights of Revelry and King Felix III.

To see the Mask's exclusive photo album of the 2022 Comic Cowboys parade, place your cursor on the image below and click on the arrows. 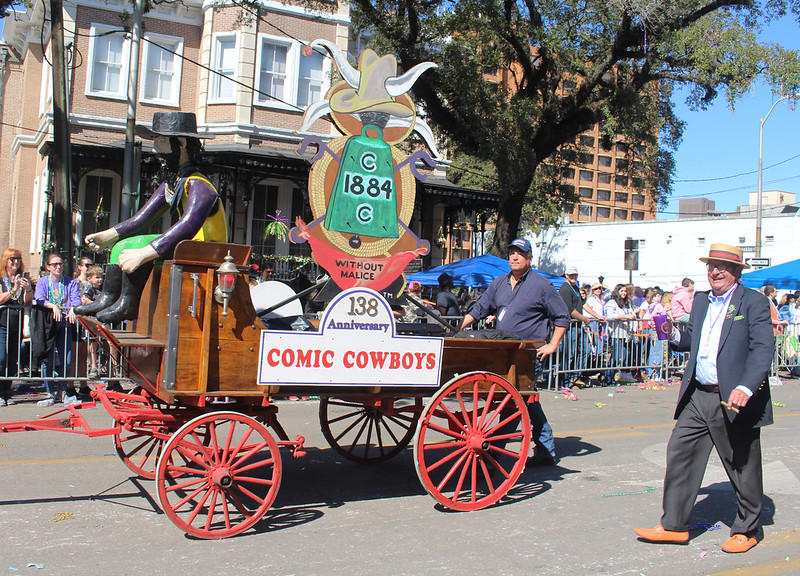 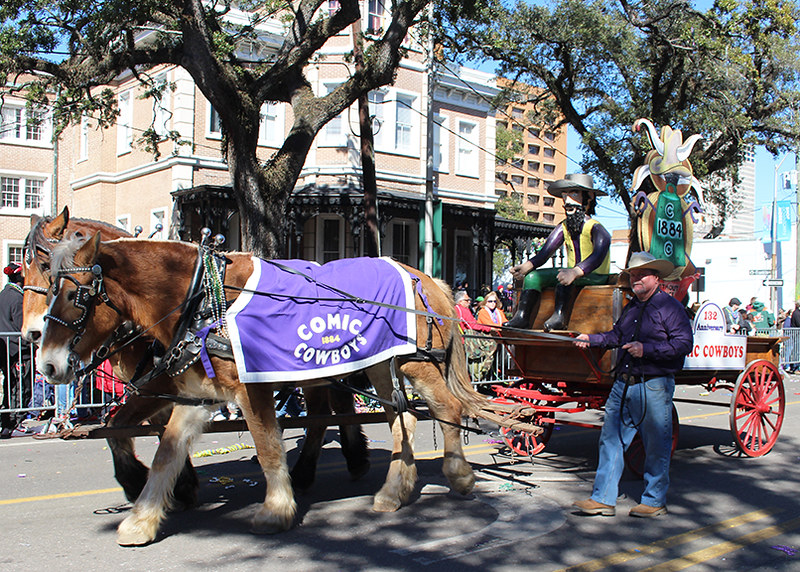 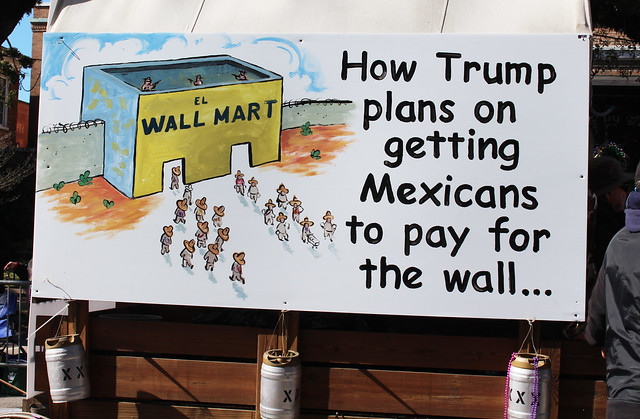