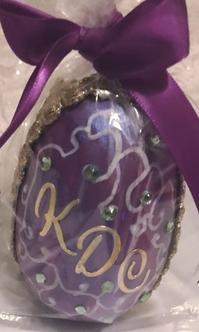 Here is an archive of the Mardi Gras News items that appeared on the Mobile Mask web site in 2017-18.

January 15, 2018 - For those who have been searching all over for a Mobile Mardi Gras flag, there are none available. The flag, which has been in existence since 1987, has been out of production for a couple of years now. The copyright for the flag belonged to the Mobile YWCA. You may not have realized this, but there is no Mobile YWCA anymore. The copyright is in the hands of someone who has refused to sell it and hasn’t produced any flags. That leaves us without any flags.
But now comes Stephen McNair, founder of the McNair Historic Preservation consulting firm, who is offering up a whole new Mobile Mardi Gras flag – or at least a flag design. McNair said he’s been in discussions with a number of local merchants who want to produce everything from flags to hats to ties with his new design on them. G Harvell Mens Clothier has a sticker for sale now, and flags could be on the shelves of “Mardi Gras throws/beads shops” in a couple of weeks, McNair said.
Developed by McNair, the design “is intended to represent all entities and organizations associated with Mardi Gras in Mobile and serve as a symbol to promote the annual Carnival celebration,” according to a news release issued today. While McNair has copyrighted the design under the Michael Kraft LLC, “The design has intentionally not been formally adopted by any specific  Mardi Gras or municipal organization in order to prevent any partisanship that could be associated with the design.”
The 1987 flag, you may recall, was declared the official Mobile Mardi Gras Flag of the City of Mobile by resolution of the Mobile City Council. That resolution remains in play, but if you can’t get one of those flags, it doesn’t really matter if it’s official or not.
McNair emphasized that his design “has been in the making for years. We are proud to offer the citizens of Mobile a design that allows for the uniformed branding and marketing of our most important annual cultural and tourist event. We believe the workshopped process of inviting community feedback was crucial for creating a design that truly represents all of  Mardi  Gras  and  the  importance  of  Mobile  as  being the founder of the celebration.”
Founded by McNair, Michael  Kraft LLC is “a Mobile-based company with a mission to promote Mobile Mardi Gras as the premier cultural and tourist event for Mobile and the state of Alabama.” Eagle-eyed historians may note that the LLC, while named after the accredited founder of the Cowbellion de Rakin Society, does not spell “Krafft” the way he did. McNair said that was on purpose in order to avoid any “infringement.” Any business, nonprofit or other organization that would like to license the new flag design is urged to contact Stephen McNair at 334-303-3029 or email him at MichaelKraftLLC@gmail.com. 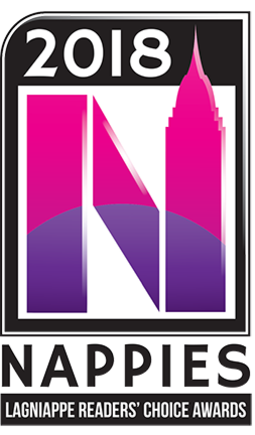 June 14, 2018: It looks like there will be at least two new Mardi Gras parades in the Mobile area next year – one in Saraland, apparently that city’s first; and a second parade in Foley.
The Saraland Mardi Gras Association, a mystic society formed before Mardi Gras 2018, recently announced the date of its very first parade: March 2, 2019. The noon parade is expected to travel for a couple of hours on U.S. 43, but many, many details still have to be hammered out, organizers said.
SMGA formed a board, incorporated, opened a bank account, and basically took care of all its groundwork before taking membership applications in April, and they’re at 55 members currently. Their membership cap is 200.
It looks like the co-ed group will be renting floats from the Mobile Mystics, but, again, details are not set in stone.
SMGA is an independent nonprofit. It will have several events throughout the year, and community service is an important focus for the group, according to the founders.
In Foley, the Krewe du Cirque formed in 2017, has held one ball and participated in the annual Foley Mardi Gras Parade.
Now KDC will put on its own parade, according to the group’s president, Lisa Mears.
The parade is schedule to roll on Joe Cain Day, Sunday, March 3, at 4 p.m. The route will be on the  OWA property but not in the park, so admission is not necessary. Mears made it clear that KDC would not interfere with the current Foley Parade, which is due to be held on March 2 at 11 a.m.
KDC, a non-mystic, co-ed organization, has about 40 members and will rent three or so floats for the parade, Mears said. Other groups will likely bring additional floats and their own members to ride them.
The Krewe du Cirque also throws a big Halloween bash, and it organizes its own Mardi Gras court for young ladies.
One thing to look for is one of KDC’s hand-decorated wooden eggs – already a sought-after Mardi Gras throw. “We were surprised,” Mears said. “We didn’t really advertise the eggs, but people were out there begging for eggs.”
That demand is sure to increase. 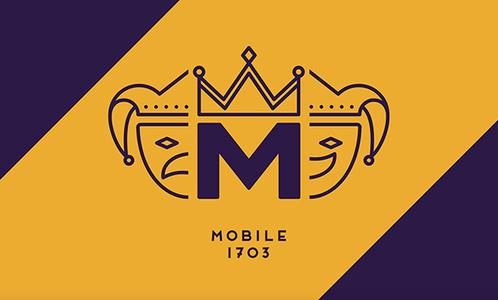 July 2017 - Mobile Mask has completed a rebuild of its web site and gone to a simpler URL: mobilemask.com.
When we first launched the web site in the beginning of 2012, mobilemask.com was not available, so we went with themobilemask.com. Later, when the simpler address did become available, we bought it and used it as a redirect for folks who forgot to put "the" at the beginning of the address.
Until now. We have taken advantage of that additional site to build a whole new digital Mobile Mask from the ground up. Five years without making any major changes is, after all, practically a lifetime in the online world.
We think the new site is cleaner, better looking, and a little easier to use. Along the way content has been updated, expanded or contracted as we saw the need.
What hasn't changed is this: The Mobile Mask web site has more information about Mardi Gras in south Alabama than any other single site on the web, and you don't have to plow through a bunch of non-Mardi Gras material to find it.
If you can point out a better web site, I'll eat a 24-inch strand of beads.

Mobile Mask Wins Nappie for This Web Site
July 18, 2018: Mobile Mask has won the 2018 Nappie Award for Favorite Local Web Site or Blog for the web site you're reading right now.
Technically, the Mask's old web site, which had been located at themobilemask.com would probably have to be considered the site that actually won. But this site is the newly updated version of that site.
Nappies, which are presented by Lagniappe Weekly, are voted on by the public.
Mobile Mask Editor and Publisher Steve Joynt said, "That's the best part, that people vote for this. I want to thank everyone who voted for us and everyone who turns to Mobile Mask for all of their Mardi Gras information. We've come a long way since we showed up on the web for Mardi Gras 2012, but we wouldn't have gotten anywhere without our enthusiastic followers."
This is the Mask's first Nappie, but not the first nomination. In fact, the Mask was one of the final nominees for Favorite Glossy Magazine this year.
The awards ceremony is being held Friday evening, July 20, at the Saenger Theater, and Joynt, along with his wife, Nancy Joynt, plans to be there to accept the award. On Facebook, Nancy Joynt is best known by the moniker Mrs. Mask. She has a Facebook page under the same name.
Mobile Mask, a property of the independently owned Thrown Ventures LLC, began its life as a web site, launched in December 2011. The first annual magazine came out in January 2012 with the motto "The Reveler's Guide to Mardi Gras." Each issue of the magazine officially goes on sale January 6.
The Mask also includes a Facebook page, a Twitter account (@MobileMask), a YouTube channel, and a free app.