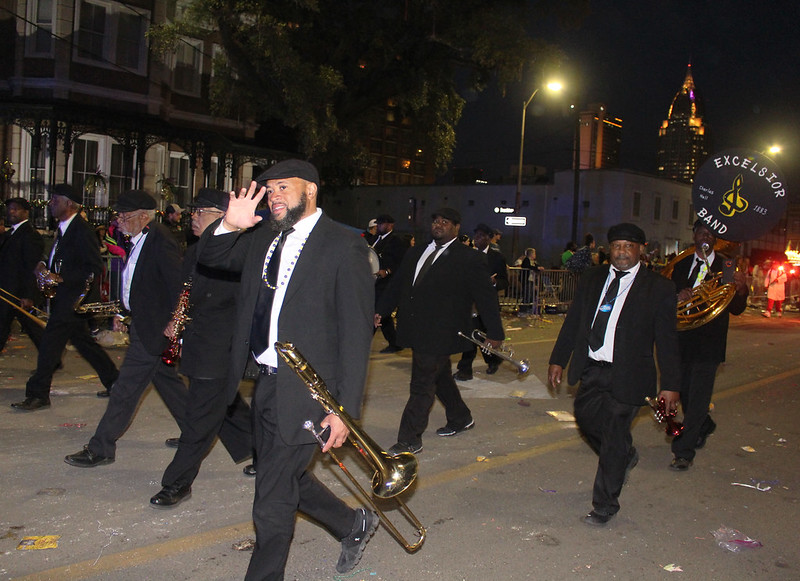 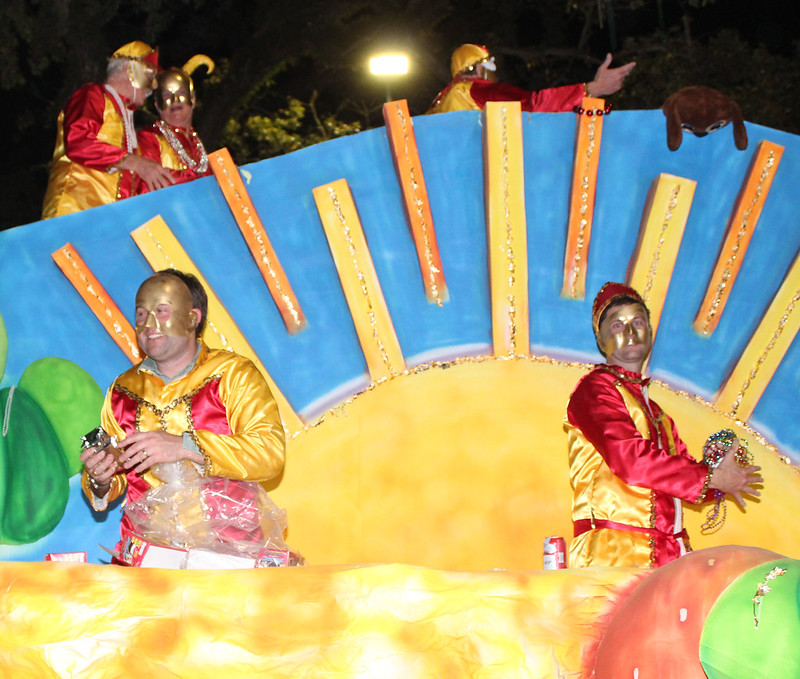 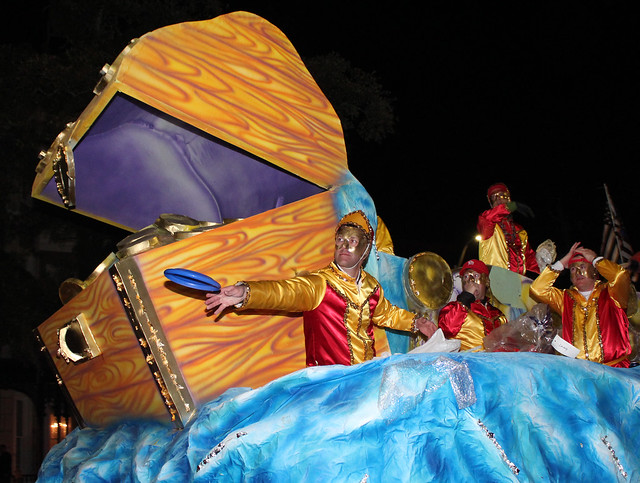 Founded in 1867 and putting on its first parade in 1868, the Order of Myths was Mobile's first and is the oldest continuous Mardi Gras parading group.

OOM always presents the last Mobile parade on Mardi Gras Day, closing the day with a procession that always nods back to the old days.

From the beginning, the Order of Myths has always had the same emblem float, a simple affair with a broken column in the middle. Often referred to as the broken column of life, there has been much discussion over the years as to its meaning, including the idea that it's a reference to the defeated post-war South.

Around the column, a member of the group dressed as Death is chased by another member dressed as Folly. As they chase round and round, Folly beats on Death with a bunch of inflated pig bladders painted gold and tied to a piece of broomstick.

Yes, they do still use pig bladders, and former Follies have reported that though largely dried by parade day, the gold balloons can have a powerful smell. The float is still pulled by mules and illuminated by flambeaux.

The lesson to be taken away from the float is that while Death always beats us eventually, on one day of the year - Mardi Gras - Folly always beats Death.

This year, the Order of Myths closed out Mardi Gras with their evening parade on March 1 at 6. Their theme was Flowers and Insects. The parade included 13 floats, designed by Bradford Ladd and built by Craig Stephens's Carnival Artists. Costumes were by Andrade's Costume House.

To see the Mask's exclusive photo album of the 2022 Order of Myths parade, place your cursor on the image below and click on the arrows. 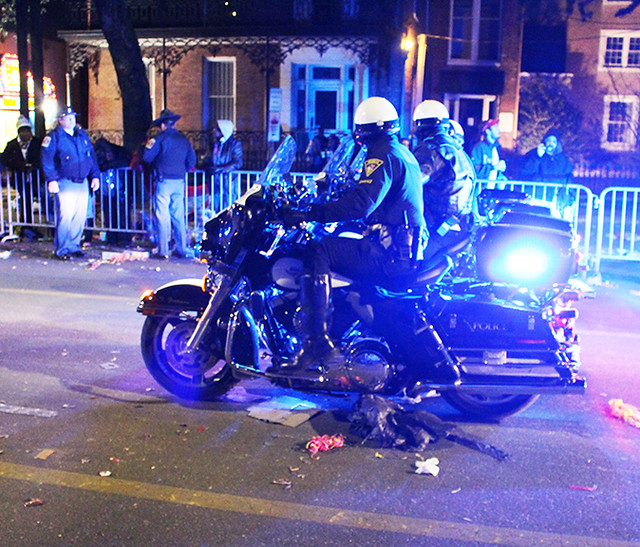 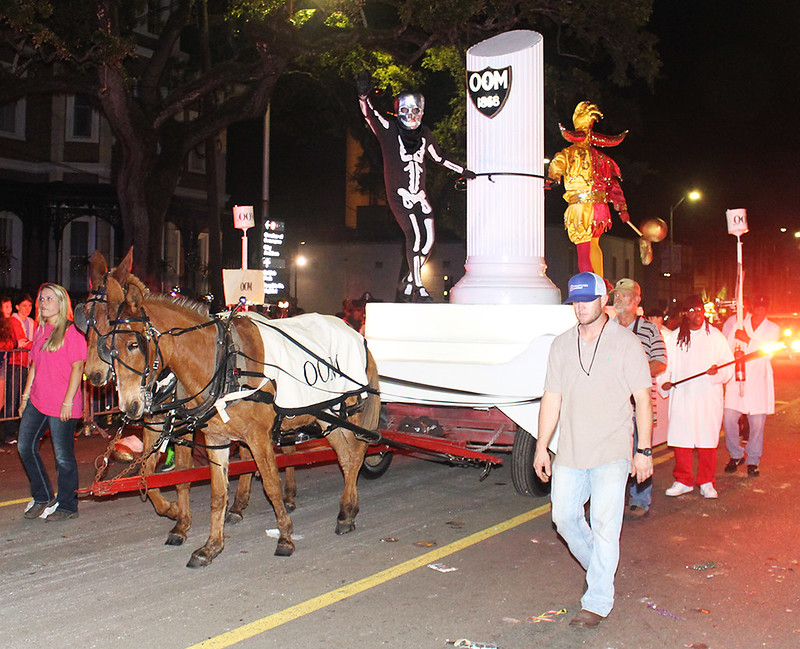 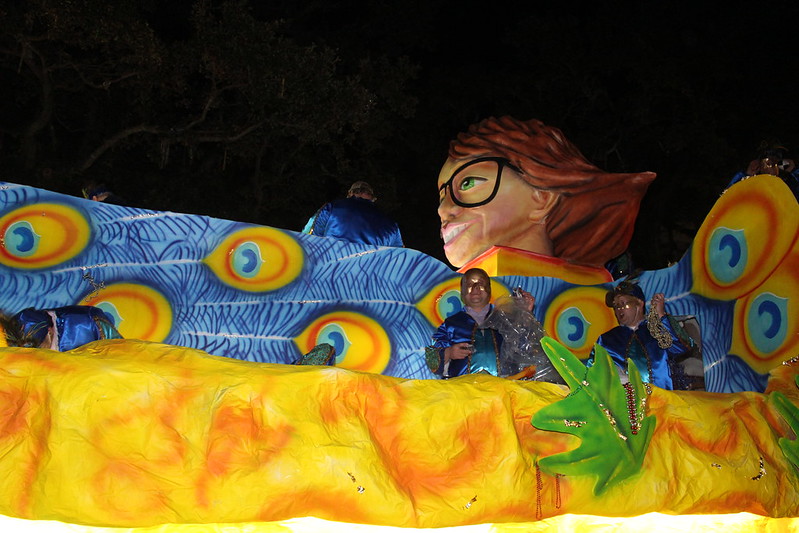